Proud doesn't even come close to describing how I feel about these babies. Every single one of them deserves their photograph shared. Supreme Champions don't come very often but they make all the stress and hard work worthwhile. I think the most important note about this page is the lack of money sitting here, these are not my most expensive models, the priciest thing on this page is the Premier Club Bobby Jo. That's right guys, you don't actually need expensive things to win.

A huge credit to the artists whose worked is honoured here. Without you I wouldn't have that big grin on my face.

Featured at the top of this page is my first (and only) large show supreme, CRS God's Nector a custom painted Heredites Shetland by Deborah Brown. 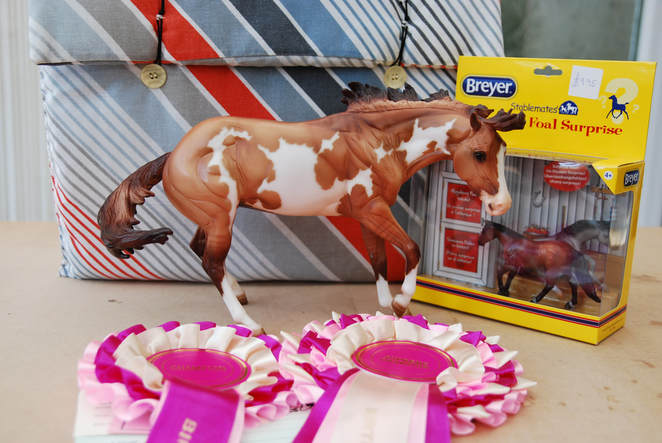 Bobby Jo is one of my favourite OFs and my favourite mould. This was only a small fun show but that doesn't make it any less lovely to see a model you really love win. She's continued to show very well for me ever since (even if she doesn't pack very easily - and no she didn't fit in that pouch - stupid tail)! 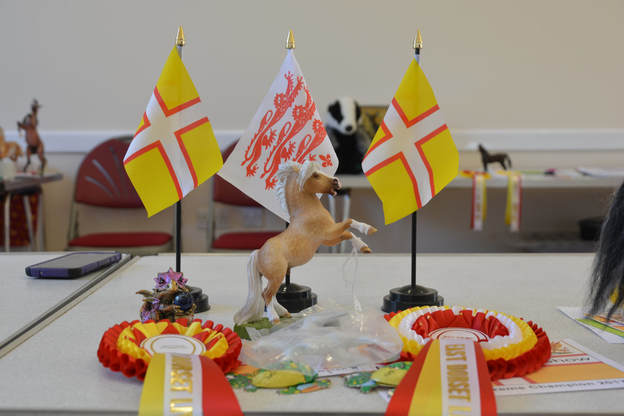 Did I do a tear? I may have done a tear. This was only the 2nd time I've ever cried at a show (the first was BMECS 2016 when I won performance champion). Don't judge me, we've all done it. Heredites was a Christmas present from Brandy many moons ago, he cost £80 from eBay and has been my most successful model ever since. But how could you not love him? He's adorable. 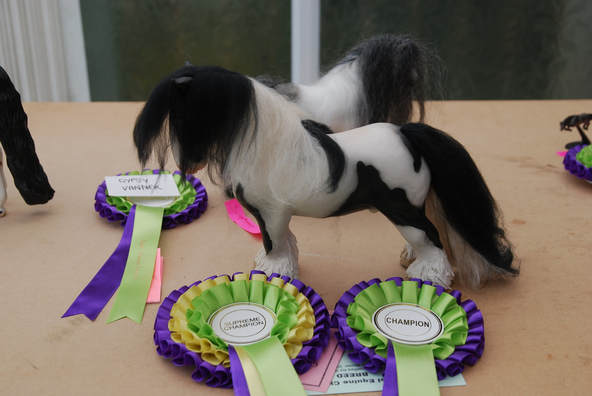 Another small house show. This show was only for horse's that had not already BMECS qualified for that year. I can't even remember when I purchased Persia or how much he cost, I know I got him second hand and I know he wasn't too pricey! He was worth every penny of that forgotten amount though, he's so floofy and cute. 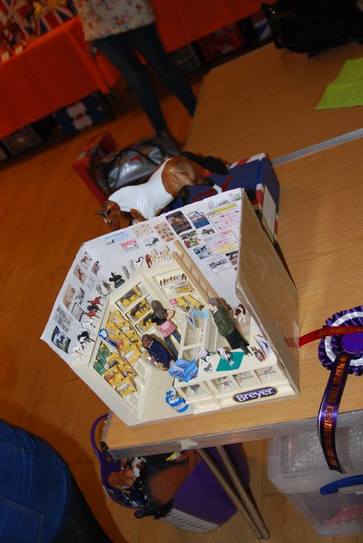 We don't need to talk about how many times I superglued myself together, or how many times I cried, or how many hours I spent painting tiny horses. All we need to talk about is how well this did for me. This is a wonderful example of where hard work can get you. This scene went on to win BMECS performance champion that year. And yes I cried. I cried a hell of a lot. I worked so hard on this, to see it do well was a bit too overwhelming.
O and I won Princess (in the back) 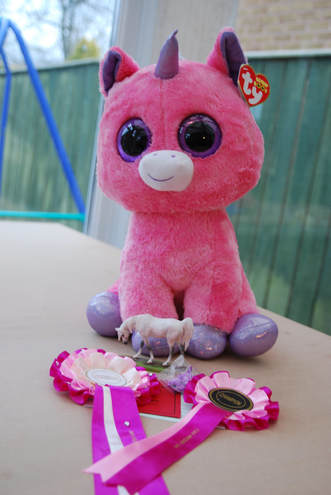 My first ever supreme was won at a small house show in 2015. I must admit that the prize of a giant pink cuddly unicorn did make me a bit competitive but no better model could have won. Catriona is an AA Venus made to sit on top of my wedding cake (along with Brendon an AA Norman Cob and Brandy an AA Cupid). She, along with her family, is one of my most treasured models and has huge sentimental value. When the china boxes did their infamous back flip last year in the van it was her that I was concerned about. But she was OK and lives to look beautiful still. 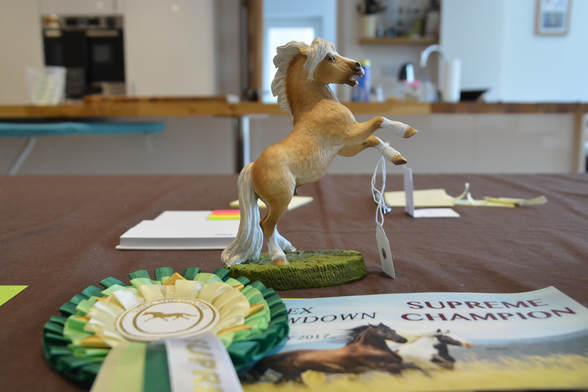 Hey look it's Heredites again! Another small house show (spot the sink) this one in the Summer of 2017. Fresh from his previous supreme win Heredites did it again, and I was no less proud. 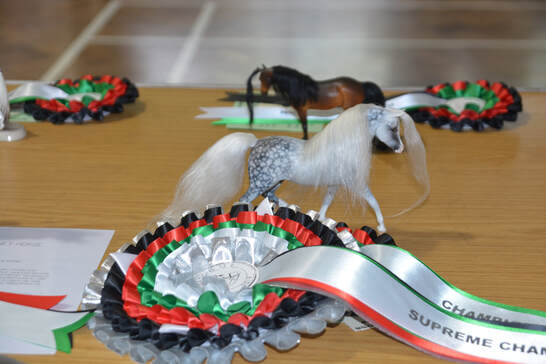 Pennyweather is one of my favourite models, I had been a little disappointed in his show results up until this point, as far as I was concerned he was stunning. So it was wonderful to finally see the amazing workmanship that went into this model rewarded. O and that little bay in the background? He was mine too! 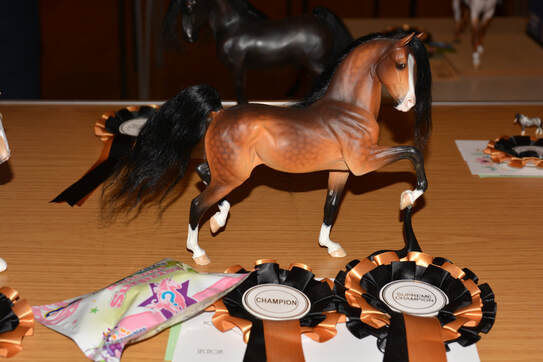 O Charles, look how well you can do when you stand up? After a horrible start to the year and a lot of back flipping off tables Charles decided to behave himself for long enough to stand in a few classes. Turns out when he behaves it pays off. Well done Charles (you still have to wear the silly pink rug though).