Beswick is a brand of pottery started in the late 19th century. It is most well known for the animal figures produced including a large range of horses. Beswick continued to produce their figures until the late 1960s when the company was sold to Royal Doulton. The Beswick stamp was used until the late 1980s when it was replaced with the Doulton stamp.

In the early 2000s the animal moulds, name and brand were sold off and are now produced under the John Beswick brand. These modern Beswicks feature a green John Beswick sticker and are available from a variety of different dealers. They feature the same moulds as well as some newer moulds such as the Shetland created in 2017.

Beswick horses are incredibly popular and highly collectable both within and outside the model horse hobby. In the UK you can find Beswicks in nearly every antiques shop and auction room. As with other brands there are rarer and more collectable models, such as the infamous rocking horse grey. Because the models are produced in china they often have damage, this makes good quality pieces more valuable and harder to find. 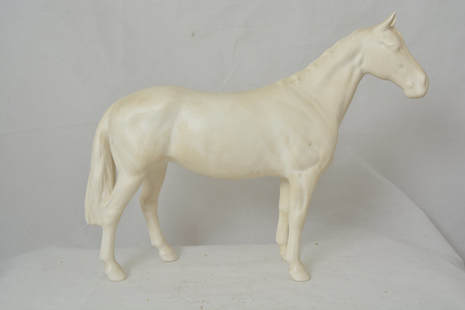 A bisque Beswick prior to being cleaned

Over the short period that Beswick were producing items (less than 100 years) they produced a huge range of models. Many of these feature particular themes and most of the horses show off British breeds.

Beswick have produced a large range of individual horses. These models are designed to show off predominantly British breeds, including Native ponies and Heavy Horses. Nearly every British horse breed has been produced by Beswick. Models are often produced in a very limited number of regular colours but special colours can be found. A recent auction saw a grey Suffolk Punch sell for several thousand pounds.

As well as the individual horses Beswick produced several ridden pieces featuring tack and a rider. Most notable amongst these are the hunting horses and scenes. There are also a selection of race horses and jockeys. 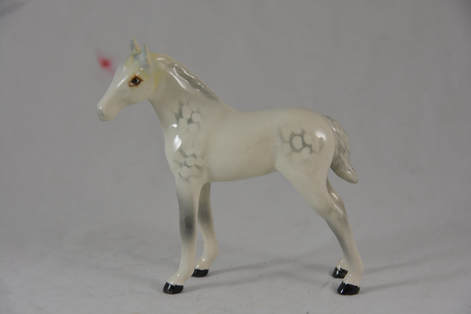 Beswick are known not only for their horses but also for a large selection of other animals. Nearly every British animal has been produced by Beswick, from Herefordshire cattle to Blue Tits.

If you like Beswick horses you may also want to look at adding some of their other animals to your collection. Many collect only Beswick models and will have large varied collections with beautiful non-equines.

Beswick horses are no longer produced under the traditional Beswick range. That means if you are after the original Beswick pieces you will have to purchase second hand. There are many different places you can do this.

If you want to shop online auction sites such as eBay have a wealth of Beswick items available, often at low prices.

You can also find Beswick models at most auction houses and antique stores. However, be warned, the Beswick stamp often triggers a hefty price tag regardless of the actual value of the model! Auctions are your best bet if you are looking for a real bargain and it is not uncommon to get mixed china lots. With the exception of the bay foal (who was won in a raffle) all of the horses on this page were purchased as part of mixed lots at auction.

The modern John Beswick range can be purchased online and through physical stores. Shops such as garden centres often have these for sale. 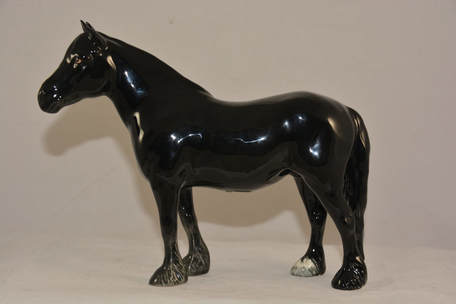