Custom finish model horses are those that have been altered in some way from the original. This may vary from simply repainting the model to extensive remodelling and even the adding of mohair manes and tails.

You may see custom abbreviated to CM (not CF that would mean Copperfox)! You may also see the abbreviation FCM this refers to factory custom models and are usually regarded as original finish as they are still produced in a factory.

Custom models are mass produced models that have been altered or repainted - they should be distinguished from artist resins that although custom painted are not regarded as custom but instead have their own category 'artist resin'.

Some shows may choose to split up the custom section. Common splits include repaint (where the model has simply been repainted) and drastic customs (where the model has been dramatically altered from the original). Most show schedules will explain in detail any split but if you are unsure ask the show holder.

Nearly all customs will be signed, there are a few guides online to help you identify signatures if you are not sure who painted your model. As an artist it is important to sign your work so that others know you painted it and the model can be identified as a custom in future. 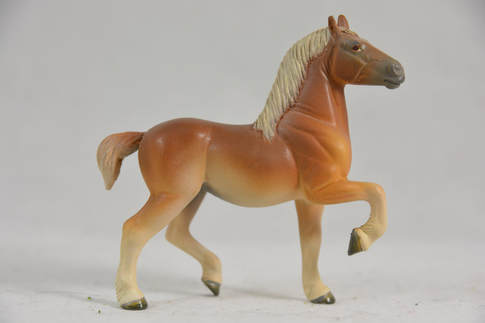 The most common form of customising a repaint involves simply repainting the original model. Most original finish models can be primed and then painted straight over the original paintwork.

A descent artist will still do a certain amount of prepping and altering of the original model. This will usually involve sanding off the seal (makers mark), filling any holes and sanding down heavy seams to give a smooth finish. Minor work such as carving out ears and hooves and moving the air hole from the mouth to the belly may also be done.

Repainted models may not even be done in paint! Although acrylic paint is a common medium so are pastels, pencils and oils. Each artist will have their own preferred technique and the different mediums can create vastly different effects. 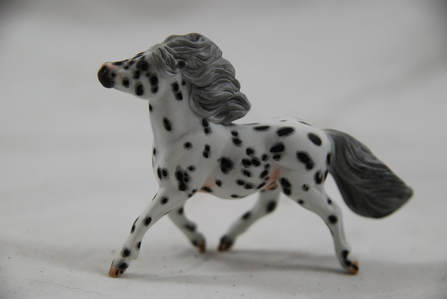 Good resculpting takes a huge amount of practice but it can completely change even the worst moulds into something beautiful. Being able to rectify the original mould faults is a great skill and is worth its weight in gold as a talent.

Even the simplest of alterations such as a new mane and tail can completely change the look of a mould. It is always interesting to look at resculpts next to the original to see how they have been changed. Some changes can be so minor that unless you put the original mould next to it you wouldn't even know it had been altered. 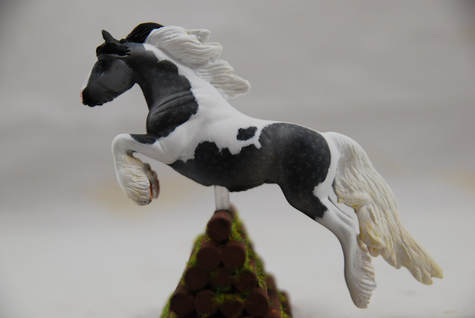 A resculpted Breyer G3 Warmblood Jumper to a cob

There was a time when nearly every custom had a mohair mane and tail added but disappointingly for aficionados of the rehair like myself that is sadly no longer the case.

Reharing a model involves adding a synthetic mane and tail, usually out of mohair but occasionally out of other substances. These are then styled to give a realistic finish. A good hairing will have a multi-tonal finish and styling that suits the stance of the model.

Mohaired models are slowly making a come back and more and more artists are having a go at hairing. Often haired models will also have had other resculpting work done (well if you are going to chop off the mane and tail you might as well alter other stuff too). 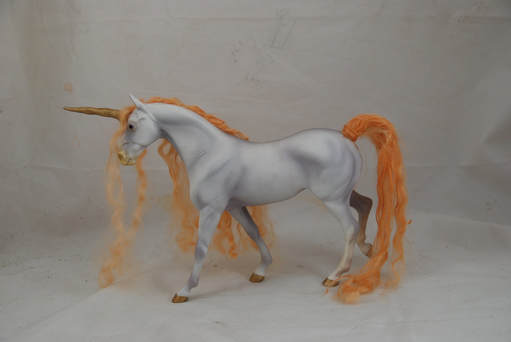