Collectability is not a section you see often in the UK so I'm not writing this article from any great level of experience. If you live in another country that has more regular collectability classes and would like to submit something for this page I would really appreciate it. You can email me at catriona@chestnutridge.co.uk

Collectability is a form of in hand showing where the model is judged on how collectable it is rather than on breed standard or workmanship. This is usually for original finish model horses only. What you are looking for when choosing a horse for collectability is basically how rare it is but also how much someone who collects that type of model (e.g. Breyers) would want to add it to their collection. 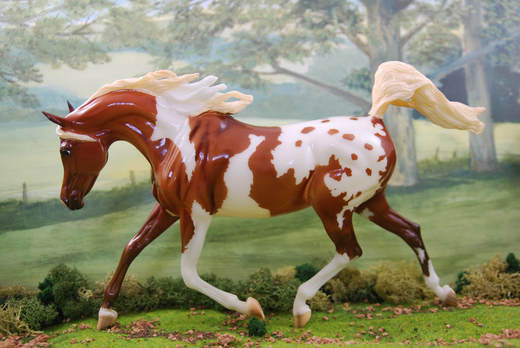 Collectability is about more than just how rare a model is, it is about how collectable it is and of course to some extent this is subjective. The question really to ask is, if I were a collector of X how badly would I want this in my collection? A good collectability horse isn't just rare, it should be desirable and in good condition. Numerous factors other than how many were made can effect whether a horse makes a good collectability piece.

Collectability classes are usually split by the type of model rather than by breed or colour. So for example you may see a class for Breyer Connoisseur models or a class for Breyer Models - Less than 100 produced. These could also be split by scale, for example Traditional and Classic and Stablemate. Sometimes you may also see collectability being judged at the same time as breed or in hand.

At the few shows where I have seen collectability classes in the UK they have been split up by size (e.g. Traditional) or have been a one off class with the title collectability. These classes are usually for all makes and models so you will often see Breyers, Stones and Beswicks shown together. 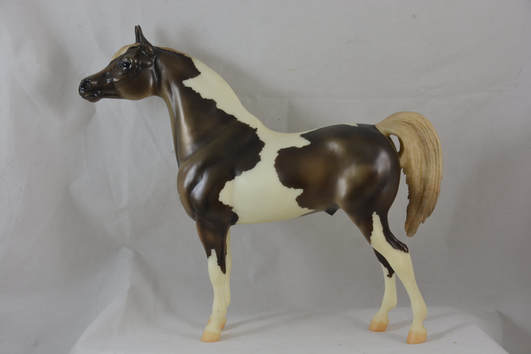 Choosing the collectability model is different to choosing a model for breed or workmanship. A model can be completely hideous with really poor conformation but it can also be highly collectable. It is a great chance to show the more unusual things in your collection, particularly those with slightly bizarre back stories or that raise questions (pink Beswick Shetland anyone?).

The condition of the model will depend a lot on its age. A model that is a year old and is in poor condition, however rare, is not going to do as well as one that is much older, just as rare and in the same condition. Equally this does depend on the medium used. I would be far more forgiving of condition flaws on a latex model such as a Rydal than of a Breyer of the same age. Breyers simply age better than Rydals!

This is probably a little more of a controversial topic than the other factors discussed. But some models are simply more desirable than others. If you own something that is both rare, old, in good condition and also highly desirable then this could do a lot better than something that is less desirable. The question you need to ask yourself here really is, how much would people pay for this model? The more people are willing to pay, the more desirable it is. After all you purchased it at some point, how desirable was it to you?

All those factors work together in order to produce a collectability model. The judge's knowledge is very important here and each judge is different. As with other elements of showing play around to see which models do best, you never know somebody may surprise you!