Crackers and the Fairies 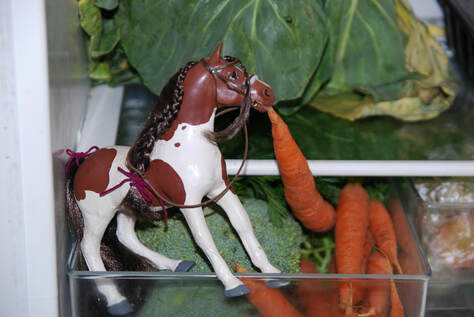 Crackers groaned as he casually groomed his friend, “I’m so bored Billy, there is nothing to do”.
Billy looked at him over his shoulder and continued to slowly drift to sleep.
“Urgh, I don’t want to stand around here in the field sleeping all day, I want an adventure, something to do!”
“Sleeping is an adventure.” Billy yawned as he rested his head on Crackers back and slowly started to drift off to sleep.
Crackers groaned inwardly and stared at the empty field in which the two of them stood. Ever since Chloe had broken her leg he had been left out most of the time with nobody to ride him. A couple of the students had tried and even some of the adults but each time they got so frustrated he found himself back out in the field with Billy. How did he do this every single day? Crackers hoped that he would never be retired to ‘paddock rest’, it was quite literally the most boring thing on the planet.
“I’m going to get a drink, are you coming?”
“Neh, I think I’ll stay here and sleep some more, there is a nice patch of sun just on my back if I stand here”
If Crackers could roll his eyes he would have done so, instead he had to make do with a brief snort of disgust as he headed off to the small wooded area at the bottom of the field.
The large field in which most of the ponies were kept had a slope down into a nice covered area with a pond at the bottom. In Winter this area became almost too muddy for the ponies to venture down to the water but today, on a beautiful sunny spring morning, it was just perfect.
As he stepped into the shade he let his eyes adjust for a second to the darkness and then headed down to the pond to have a drink (and maybe a little splash). Standing at the waters edge he lethargically pawed at the water and kicked a small piece of mud with his hoof.
“I’M SO BORED” he exclaimed loudly causing a small bird to flutter from a nearby tree.
“Why does nobody want to do anything around here, all they want to do is stand and sleep and eat?”